RoamsysNext, previously just named Roamsys, has been founded 2007 in the city of Trier, the oldest city of Germany and former capital of the Western Roman Empire during the reign of Emperor Constantine.

The past is very present in the city, so we talked with RoamsysNext CEO Michael Grasmück about the 15 year anniversary, the early years, the move to Luxembourg and the future within the fast-developing roaming industry.

Michael, you told me that you nearly forgot the RoamsysNext anniversary, but what a journey this has been so far. What are your feelings looking back to the past 15 years?

You are right, we are not a company focused on the past, we prefer to look forward. But looking back to what we have achieved as a company and as a team, it makes me just happy and proud. Roamsys has its foundations in a software development company in Trier and it was a bit by accident, that we’ve been asked to develop a web-interface to create the highly complex RAEX AA.14 documents. The RAEX creator was the main part of our first RMS, that paved our way into the roaming community. We soon got in contact with the GSMA, that started to focus more and more on standardization and we launched the collaboration with an easy-to-use RAEX IR.21 editor and became the official GSMA supplier for the RAEX applications. 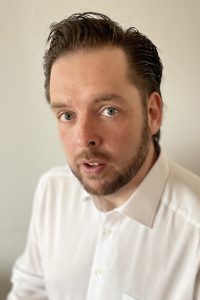 Beside the GSMA tools you also focused on pushing your own products that became extremely successful because of the range of functions and the convenient handling.

Throughout the years, our RMS won several awards, e.g. as “Operational support tool of the year” and “Most complete RMS in the market”. Our customer base is constantly growing with a total of more than 150 networks using our solutions at the moment. Our most successful product still is the Network Configuration Optimizer, which is no surprise, as it’s the perfect solution to move the progress of standardization lead by the GSMA to a fully automated network configuration process. Our second pillar is the Wholesale Roaming Manager, that helps our customers managing their roaming footprint, launching new services and technologies to be quick on the market. But we have many other great ideas to enhance the existing portfolio as well as to create completely new solutions. There’s more to come! 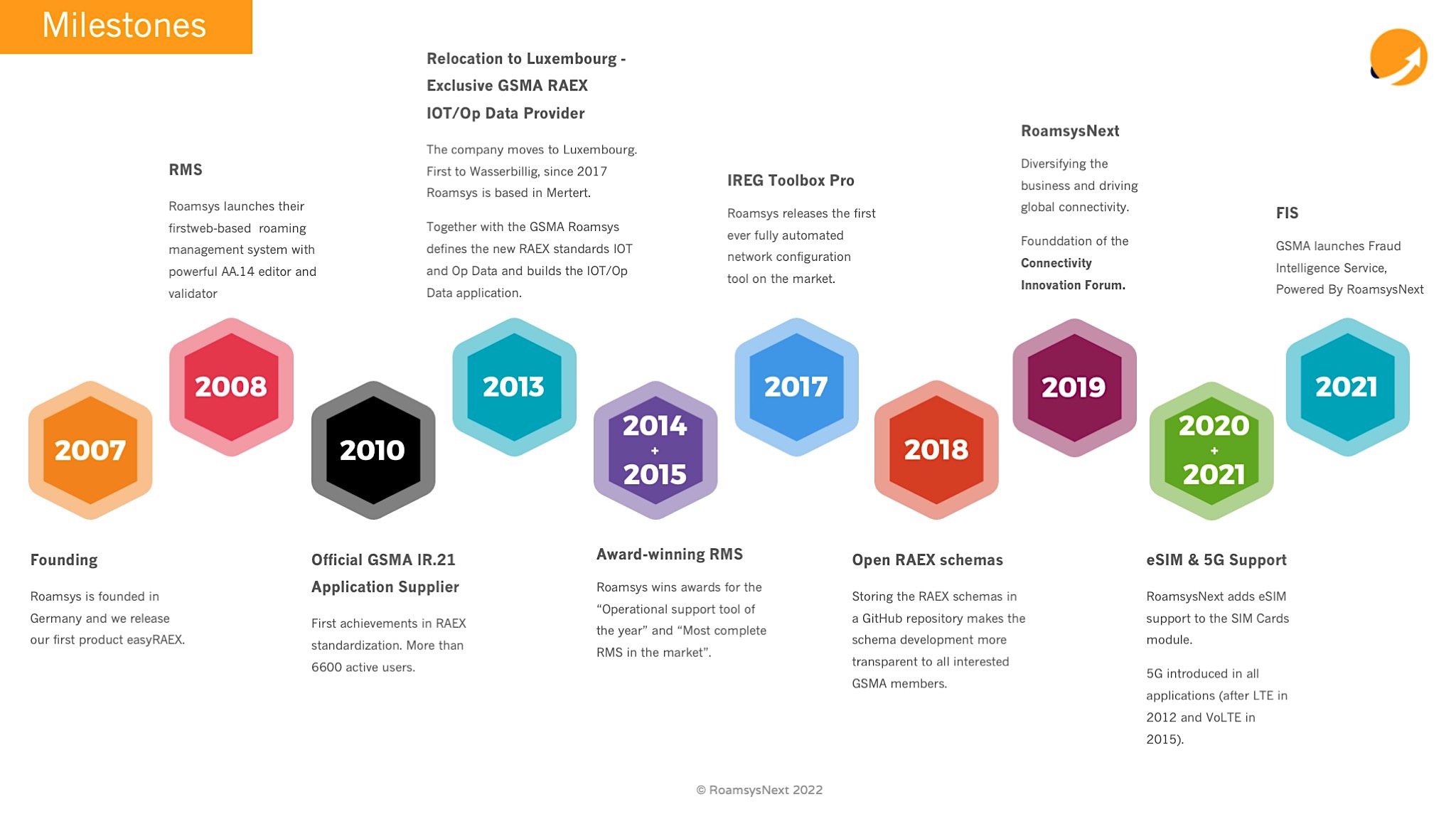 Why have you decided to leave Trier and move the company to Luxembourg?

Trier is a city directly at the border to Luxembourg, so it’s not a big thing for us. Many people live in Trier and work in the Grand Duchy, we have a strong European spirit in this region. Luxembourg is a very modern country, and many things are more straightforward compared to Germany. One example is the BARG conference we hosted in 2015. BARG later became WAS and is one of the biggest events for the roaming industry. From the beginning the whole administration in Luxembourg supported us in being the perfect host for more than 500 participants. Prime Minister Xavier Bettel held a very inspirational speech there, which is definitely one of the biggest moments in our company’s history.

What can we expect from RoamsysNext in the future?

A lot, there are many projects in the pipeline, most of them inspired by feedback we receive directly from our customers. The next big step will be the RAEX IR.21 schema release in December, which will be a huge step towards full automation of network configurations and of course our tools are perfectly prepared to support this. RAEX IR.21 will also be one topic in our next Connectivity Innovation Forum, another thing we established I’m really proud of. The forum became a regular online meeting point not only for RoamsysNext users, but for the whole industry to get the newest insights into industry trends and hot topics. Innovation is what drives us, and we will never stop pushing.

RoamsysNext turns 15, so we talked with CEO Michael Grasmück about the anniversary, the early years, the move to Luxembourg and the future within the fast-developing roaming industry.

The new age of the IR.21 – Be ready for the full automation!

The new RAEX IR.21 schema will be released early 2023 with great changes coming that allow us to revolutionize the way we work with the IR.21 data.

Reporting at a glance: The RoamsysNext Dashboards

The RoamsysNext tools offer many reporting functionalities of which the dasboards play an important role. Learn more about using them in practice to identify bottlenecks, visualize your team's performance and bring a smile to your management's faces.

The RoamsysNext Network Configuration Optimizer is the perfect solution to make the shift from manual processing to more and more automated processing, with the option to move to full automation. Let's see how it works.

Sixteen months ago, Roamsys relaunched and became RoamsysNext. Time to look back to a year we never expected to happen.

How to Stay Secure

What can MNOs do to stand up to the ever-growing tide of telecom fraud and protect their assets? Stay alert, use great tools, collaborate with other market players, and take the fight to the fraudsters.