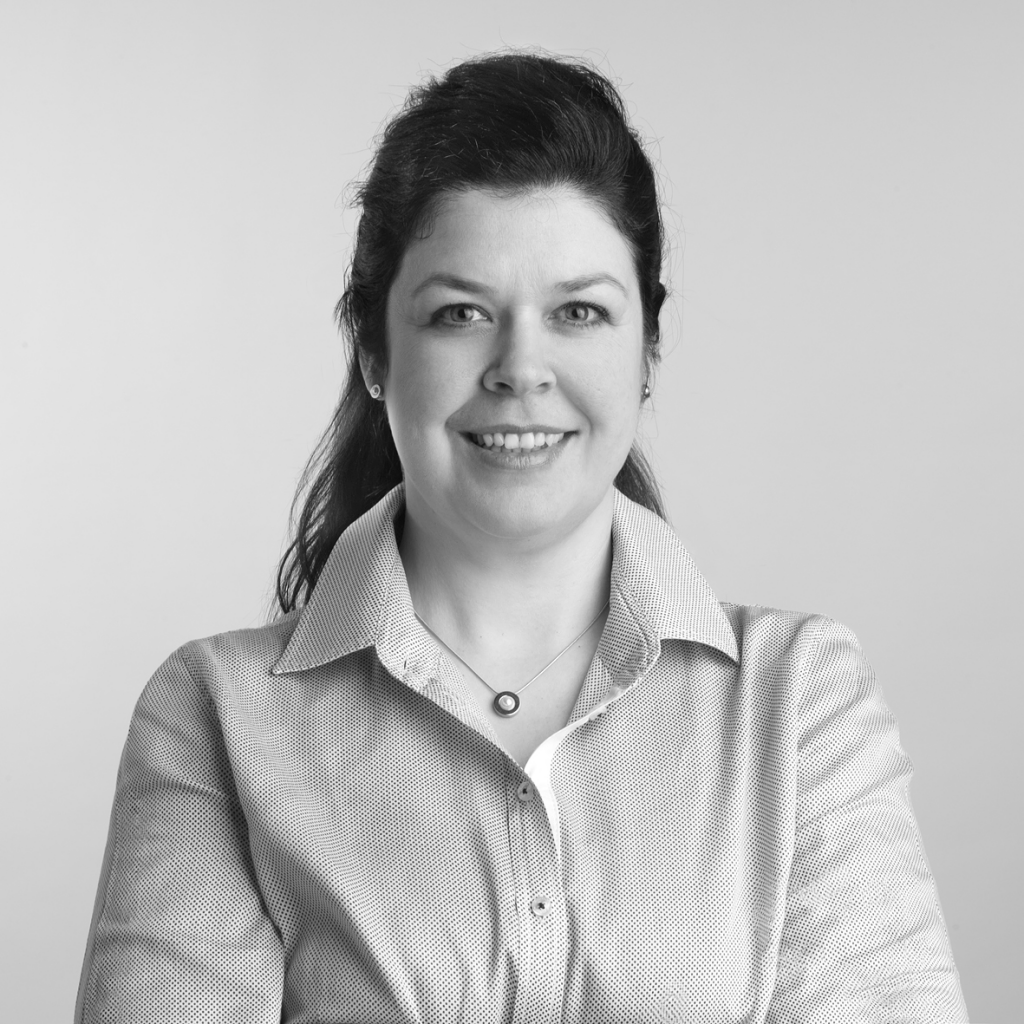 Since the beginning, RoamsysNext Insights offers new and exciting wisdom on extensive industry topics and current issues such as fraud prevention and detection in roaming. We have been elaborating on fraud incidents and have given advice on how to get a grip on the different cases. Our main interest is to help MNOs maintain a high level of security by validating and updating roaming configurations that change over time.
But apart from that, what contribution do we actually make to ensure that users have secure access to our tools? Well, since our last release we have made two-factor authentication (2FA) available to all customers. When enabled users will have to use an authenticator app in addition to their username and password. Our Head of Software Development, Norbert Becker, has his say and provides interesting insights into his area of responsibility.

Let’s start with some basics. Two-factor authentication (2FA) is sometimes also called two-step verification or dual-factor authentication. In this security process, users are asked to specify two different factors to verify themselves, which is a better way to protect their credentials and the resources they access. 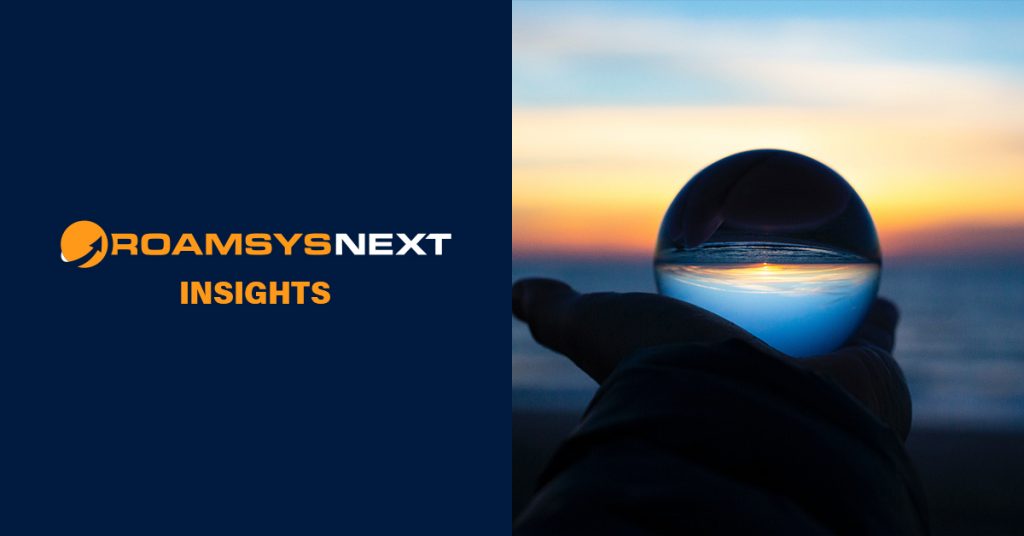 In RoamsysNext Insights our experts share their views on extensive industry topics and possible solutions we can offer.

As opposed to single-factor-authentication (SFA), where the user specifies only one factor – typically a password or passcode (= knowledge factor), 2FA methods require a password and a second factor, usually either a security token or a biometric factor, such as a fingerprint or a facial scan. This makes it much more difficult for attackers to gain access to accounts via a database of stolen passwords or phishing campaigns.

The second of two authentication factors include either a possession factor or an inherence factor. The possession factor is something owned by the user, such as a security token, a mobile phone or a smartphone app that is taken to approve authentication requests. The inherence factor is also known as biometric factor, which is something inherent in the user’s physical appearance, fingerprints, facial or voice recognition, keystroke dynamics, gait or speech patterns. Sometimes, systems need greater security by multifactor authentication (MFA) that rely on two or more independent credentials such as location factor (tracking the geographic location of an authentication attempt via IP address or GPS data) and/or time factor (restricted access via authentication during a specific time frame). 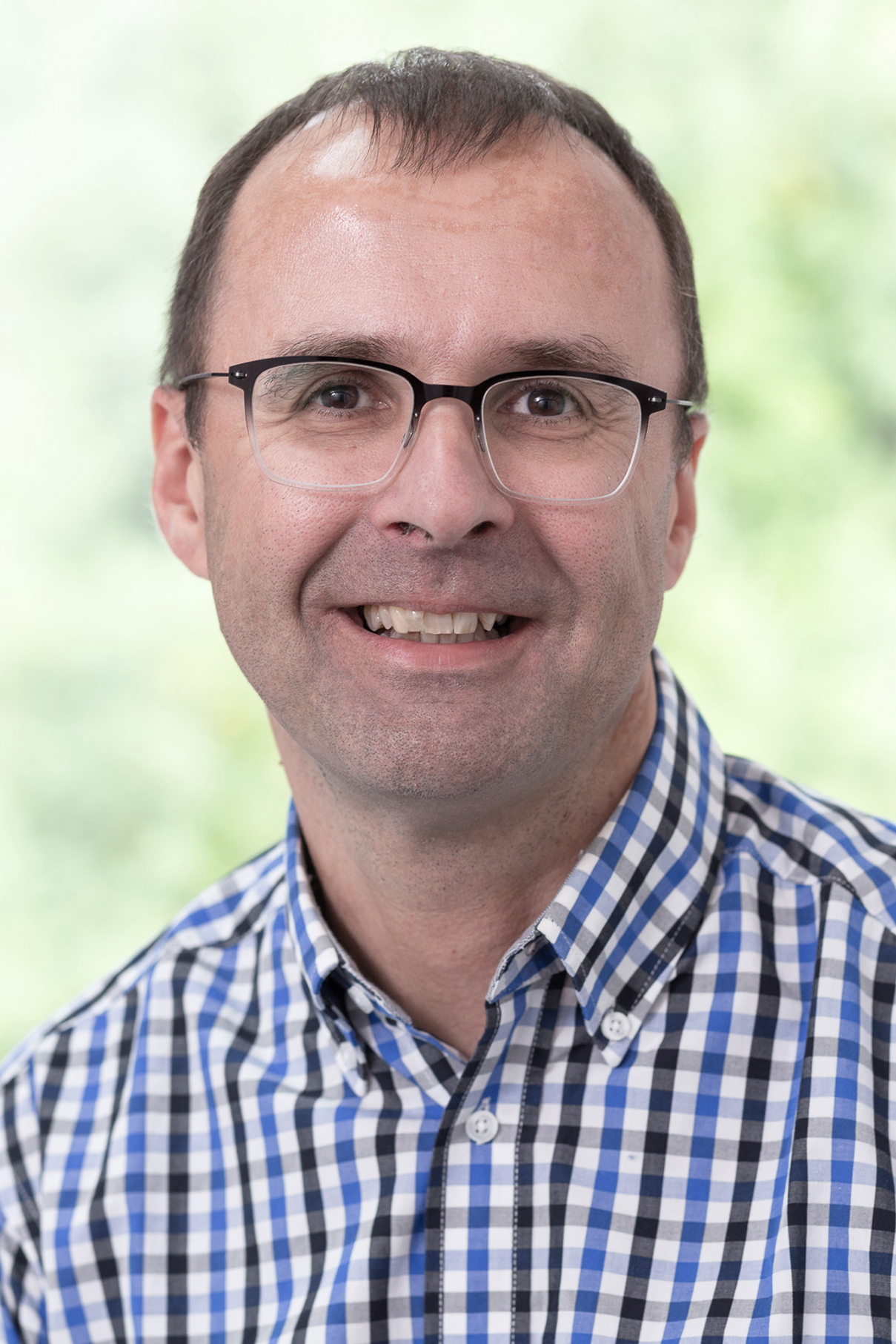 What is the security situation right now?

It is a great relief that two-factor authentication improves security because access is no longer limited to the strength of any kind of password. For the RoamsysNext solutions this means that once enabled, users keep their usual password, but they need to install a dedicated authentication app. Norbert Becker, Head of Development at RoamsysNext, explains how this works: “2FA has been requested by many customers for some time now, and as always we are happy to incorporate needs and wishes into our tools. Just a few steps are necessary to activate 2FA in our tools. The user only needs to install an authenticator app on a mobile device. Common authenticator apps are Google Authenticator or LastPass Authenticator. Then the settings of the Launchpad need to be opened, click “Settings > Account Security”, enable “App authentication” and enter the given code in the app. With the next login the user is asked to insert a code from the authenticator app, and that’s it.”

We incorporate customers’ needs and wishes into our tools

This is a big step towards a safe working environment. Even sophisticated single-factor authentication mechanisms can be cracked, and with the appropriate motivation, attackers can also break authentication factors in the physical world. For example, an illegal search of office premises could let to the combination of an employee’s ID and a password in the trash, or recklessly thrown out storage devices with password databases could be found. Additional authentication factors make life really difficult for attackers. 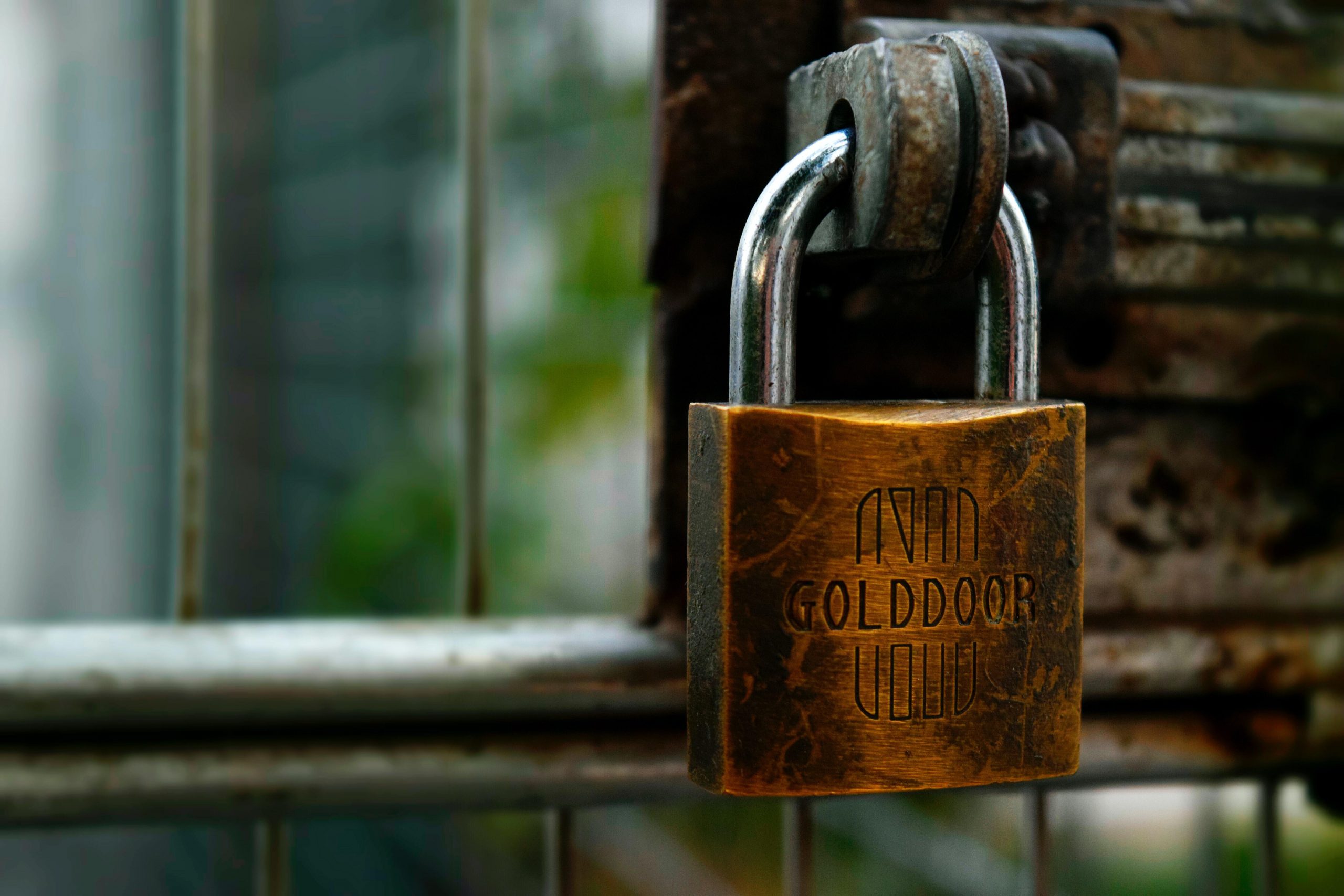 “The essential part of security technologies is always to find a good balance between safety and usability”, explains Norbert Becker. “The user should not be bothered with complicated additional login efforts that could lead him to circumvent the extra layer of security. There are many other options that could be considered in the future, but today we are happy to offer our customers a trusted and easy-to-use option.”

If one imagines an ideal world of authentication mechanisms, the first step would be to remove the human factor such as memory, motivation or creativity when using passwords. Consequently, passwordless authentication technologies will be the next leap into the future. As the name suggests, passwordless authentication allows users to securely authenticate themselves in their applications without having to enter passwords. Thus, employees can access their work without entering passwords – and IT still retains complete control over every login. Biometrics and secure protocols are the keywords for passwordless authentication technologies. By using biometrics at the user, application and device levels, organizations can be confident that the people who log in to systems are the ones who they say they are. Protocols are standards that facilitate communication between an identity provider and a service provider. An employee who is authenticated with the identity provider is also authenticated with the assigned service providers without having to enter a password. The elimination of passwords ensures a better user experience and also offers benefits to companies. Valuable IT resources can be allocated to more important tasks than having to deal with account recovery, password reset requests and manual password rotation.

Good and solid network quality leads to better work results, less issues and more security for subscribers which again results in satisfied and loyal business relations. RoamsysNext tools already help more than 700 MNOs across the globe; our strength is the creation of effective data management tools which include correct information and a secure, well-designed system that simplifies the user’s working life significantly. We offer easy-to-use and yet customizable applications that increase efficiency, transparency, and enhance resource management, and we continuously optimize our applications to better serve our customers. Likewise, we are increasingly keeping an eye on upgrading security aspects, not stopping at 2FA. Stay tuned for more advanced developments from the house of RoamsysNext.

Gabriele Lieser joined RoamsysNext in 2020 as Customer Success Manager to strengthen the bonds with our increasing number of customers and to support the marketing team. Gabriele has a strong background in corporate sales. She studied at the Universities of Trier (Germany) and Manitoba (Canada) and is incorporated in the RoamsysNext Client Service team.

Historical Fraud Incidents and Lessons to be learned

In the course of history, no era is free from the practice of deception for personal benefit. Let’s have a look at what we can learn from historic fraud cases from ancient Greece to modern times.

For some time now, we have introduced 2FA and have contributed our share to provide more secure access to our tools. Nobert Becker, Head of Software Development, picks up the thread and provides engaging insights into his area of responsibility.

The RoamsysNext Wholesale Roaming Manager provides powerful collaboration and reporting tools for all roaming partner relationships by converging everything from service openings to the user’s roaming footprint, test SIM cards and tariffs, document and contact management.

Three ways to bliss: take bold measures to automate processes as much as you can, check your firewall’s security logs regularly and enforce centralized authentication mechanisms.

We’re in this together

In the second part of our interview with Alexandre De Oliveira, POST Luxembourg Cyberforce, he highlights major pain points in fraud detection and stresses the importance of global information sharing via the GSMA T-ISAC initiative.

How to avoid configuration errors

Hardening the network is a good way to get configuration errors under control. Introducing smart firewall rules and consistently updating these rules can be very time-consuming, but it’s a crucial measure to be taken.

From customer request to feature

Making a Stand against Fraud

In an insightful interview, our CTO, Hendrik Hoehndorf, speaks about further GSMA initiatives on fraud detection and prevention such as the MISP (Malware Information Sharing Platform) and T-ISAC (Telecommunication Information Sharing and Analysis Centre).

How does the GSMA approach cyber security, fraud detection and prevention? Look at the incredible useful tools and informations they provide with the Fraud and Security Group (FASG) and documents on best practice countermeasures.

GTP will still have an impact on 5G. Our tools can help to identify dubious requests faster, reduce reaction times and block incidents in a fraction of time.

How bad can it get? Signaling attacks strike the heart of each MNO

This blog is about how correct data is key to ensuring that mobile communication is of trustworthy origin, especially in case of signaling attacks. Notably, the roaming industry has to take action for data verification.

SMS enjoys the reputation of being a safe channel for communication. But as any system, it is prone to abuse. We show you what needs to be done.

4 more Types of Telecom Voice Fraud MNOs are vulnerable to

Voice fraud is known as one of the top inter-carrier fraud cases, and in order to expose them, time and reliable data is crucial. This article shows that prevention is key to make sure that legitimate traffic is not obstructed.

Three Types of Telecom Voice Fraud that can destroy businesses

This issue shines a light on the variety of security breaches and fraud incidents: A cabinet of horrors.

Problems with telecom fraud? How big the issue really is. And how we can help

Fraud and security issues cause considerable problems within mobile network operators. But we are here to help.

Most fraud and security issues are caused by misconfigured network nodes. This article shows, how RoamsysNext treats this problem on their quest for data quality.